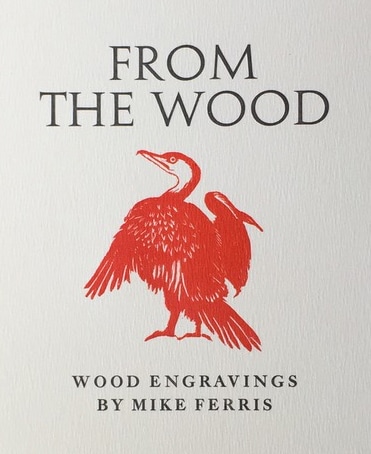 During my apprenticeship as a fitter and turner at the local ship repair yard I became interested in etching. I was introduced to the world of commercial print by producing illustrations for the newspaper ‘West Britain’. As an Associate of The Royal Cornwall Polytechnic Society I met Bernard Leach and Barbara Hepworth, unaware that they were international luminaries.


As a marine engineer with the New Zealand Shipping Company I studied drawing part time at Petone Technical College. I met and married Judith King the arts teacher at Nelson Girls College and, after two years in the UK, settled with her in NZ in 1958. I retired in Whangarei in 1982.

At the Cottage Paper Mill, Whangarei, I worked with Brett Berge for his one-man exhibition of lino-prints at Burning Issues Gallery. I took evening classes at the Whangarei Heads Community Arts Centre as a tutor in calligraphy and landscape drawing.

My drawing of the original Whangarei Heads School was included in Diana McManaway’s ‘Whangarei Heads, 125 Years’, and is used on an information stand at the entrance to the Mount Manaia Track.

My book of wood engravings, ‘From The Wood’, was letter pressed by Pear Tree Press, in Orewa. A limited edition of 100 copies was released at the Inaugural Codex Australia Symposium and Book Fair, in Melbourne in 2014. ‘From The Wood’ was classified as a collector’s item and exhibited at the Turnbull Gallery in the 2015 exhibition titled ‘The Book Beautiful: A feast of riches from the Rare Book Collection dating from the 12th to the 21st centuries’

I move in the world of books and have found my greatest stimulation among the membership of the Auckland Ex Libris Society.

In Easter 2014 the Whangarei Heads Pioneer Church Trust celebrated the community’s six months raising of $40,000 plus needed to buy the McLeod Bay church. I contributed a framed drawing of the church and a Souvenir Edition of 100 copies to be auctioned and I was delighted that this raised $1500.
Look for me at the 2019 Arts Trail!